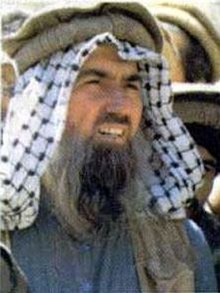 Who was Abdullah Yusuf Azzam?

Abdullah Yusuf Azzam a.k.a. Father of Global Jihad was a highly influential Palestinian Sunni Islamic scholar and theologian, who preached in favour of both defensive jihad and offensive jihad by Muslims to help the Afghan mujahideen against the Soviet invaders. He raised funds, recruited and organised the international Islamic volunteer effort of Afghan Arabs through the 1980s, and emphasised the political ascension of Islam.

He is also known as a teacher and mentor of Osama bin Laden, and persuaded bin Laden to come to Afghanistan and help the jihad, though the two differed as to where the next front in global jihad should be after the withdrawal of the Soviets from Afghanistan. He was also a co-founder of Hamas and Lashkar-e-Taiba. He was killed by a car bomb blast on November 24, 1989.

Discuss this Abdullah Yusuf Azzam biography with the community: