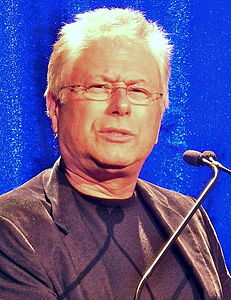 Who is Alan Menken?

Alan Irwin Menken is an American musical theatre and film composer and pianist.

Menken is best known for his scores for films produced by Walt Disney Animation Studios. His scores for The Little Mermaid, Beauty and the Beast, Aladdin, and Pocahontas have each won him two Academy Awards. He also composed the scores for The Hunchback of Notre Dame, Hercules, Home on the Range, The Shaggy Dog, Enchanted, and most recently, Tangled and Mirror Mirror. Menken has collaborated on several occasions with lyricists including Howard Ashman, Tim Rice, Glenn Slater and Stephen Schwartz. With eight Academy Award wins, Menken is the second most prolific Oscar winner in a music category after Alfred Newman, who has nine Oscars.

Discuss this Alan Menken biography with the community: