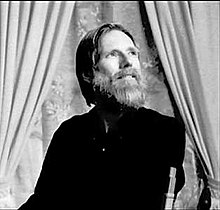 Who was Alan Splet?

Alan Splet was a sound designer and sound editor. In 1979, he won an Oscar for his work on the film The Black Stallion. He did not attend the Academy Award ceremony, and became the butt of a series of jokes by Johnny Carson. He was also nominated for the Academy Award for Best Sound for Never Cry Wolf.

He had a long-lasting and fruitful working relationship with the director David Lynch, with whom he worked on many films, including Eraserhead, Dune, and Blue Velvet.

Discuss this Alan Splet biography with the community: