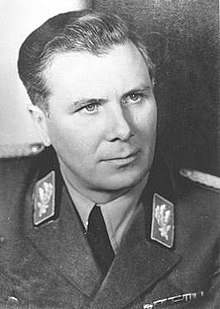 Who was Albert Bormann?

Albert Bormann was a German NSKK officer, who rose to the rank of Gruppenführer during World War II. Bormann served as an adjutant to Adolf Hitler, and was the younger brother of Martin Bormann.

Discuss this Albert Bormann biography with the community: