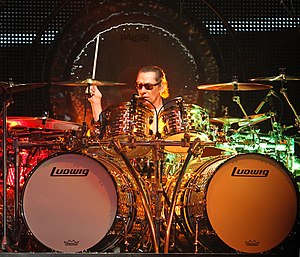 Who is Alex Van Halen?

In 1974, the Van Halen brothers, David Lee Roth, and Michael Anthony formed a band, simply called Van Halen. They were signed to Warner Brothers in 1977 and released their first album in 1978. The two brothers are the only members of Van Halen who have been in the band for its entire duration.

Discuss this Alex Van Halen biography with the community: