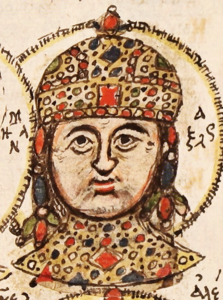 Who was Alexios II Komnenos?

Alexios II Komnenos or Alexius II Comnenus, Byzantine emperor, was the son of Emperor Manuel I Komnenos and Maria, daughter of Raymond, prince of Antioch. He was the long-awaited male heir and was named Alexius as a fulfilment of the AIMA prophecy.

Discuss this Alexios II Komnenos biography with the community: