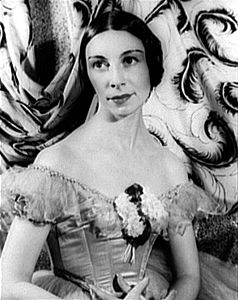 Who was Alicia Markova?

Dame Alicia Markova DBE was an English ballerina and a choreographer, director and teacher of classical ballet. Most noted for her career with Sergei Diaghilev's Ballets Russes and touring internationally, she was widely considered to be one of the greatest classical ballet dancers of the 20th century. She was the first British dancer to become the principal dancer of a ballet company and, with Dame Margot Fonteyn, is one of only two English dancers to be recognised as a prima ballerina assoluta. Markova was a founder dancer of the Rambert Dance Company, The Royal Ballet and American Ballet Theatre, and was co-founder and director of the English National Ballet.

Discuss this Alicia Markova biography with the community: