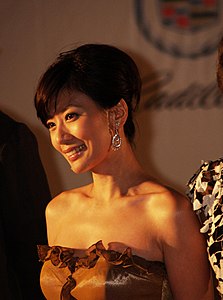 Who is Alyssa Chia?

Alyssa Chia is a Taiwanese television hostess and actress. She is also known as "Queen of drama" and Niu-niu. She once studied in Beijing Film Academy. Her ancestral home is in Tianjin, China. Her ex-husband is Sun Zhihao and they have a daughter named Angelina. She is known for her roles in television series such as Da Han Tian Zi, The Heaven Sword and Dragon Saber and Zhizun Hongyan.

Discuss this Alyssa Chia biography with the community: