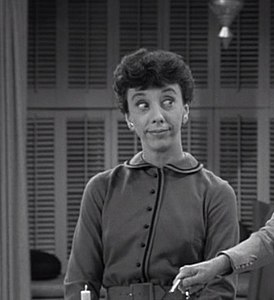 Who is Ann Morgan Guilbert?

Ann Morgan Guilbert, sometimes credited as Ann Guilbert, is an American actress who played hyperactive neighbor Millie Helper in 61 episodes of the early 1960s sitcom The Dick Van Dyke Show, and later Yetta Rosenberg, Fran Fine’s doddering grandmother, in 56 episodes of the 1990s sitcom The Nanny. She began her career as a featured performer and singer in the Billy Barnes Revues of the 1950s and 1960s.

Guilbert was born in Minneapolis, Minnesota, the daughter of Dr. Gerald Guilbert, a physician, and his wife, Cornelia. After The Dick Van Dyke Show, she made guest appearances in many other television shows, including Adam 12, as well as The Andy Griffith Show, Love, American Style, That Girl, Dragnet, Picket Fences, Seinfeld, Curb Your Enthusiasm and Law & Order: Special Victims Unit.

She appeared in such feature films as A Guide for the Married Man, Viva Max!, Grumpier Old Men, and Please Give, for which she received the CFA for Best Supporting Actress. In December 2004, she appeared in the reunion of The Nanny titled The Nanny Reunion: A Nosh to Remember with Fran Drescher, Lauren Lane, Rachel Chagall and other cast members of The Nanny.

Discuss this Ann Morgan Guilbert biography with the community: