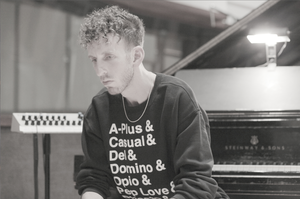 Who is Ariel Rechtshaid?

Ariel Rechtshaid is an American record producer, audio engineer, multi-instrumentalist and songwriter. He is the former lead singer and guitarist of the ska/pop-punk band The Hippos, and the indie folk-rock group Foreign Born. He produced the Billboard Hot 100 No. 1-charting single, "Hey There Delilah", by Plain White T’s in 2007, and has since produced Murs, We Are Scientists, Cass McCombs, Glasser, Alex Clare, Sky Ferreira, Major Lazer, Charli XCX, Haim, and Vampire Weekend. Rechtshaid co-wrote Usher's 2012 single, "Climax", which won the 2013 Grammy Award for Best R&B Performance.

Discuss this Ariel Rechtshaid biography with the community: