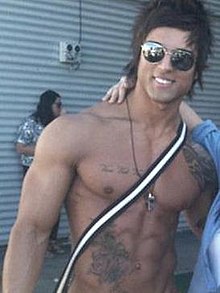 Who was Aziz Shavershian?

Aziz Sergeyevich Shavershian, better known by his Internet handle Zyzz, was a Moscow-born Australian bodybuilder, internet celebrity, personal trainer, model and a part-time stripper who established a cult following after posting multiple videos of himself on YouTube, starting in 2007. In late July 2011 he came to more general media attention when The Sydney Morning Herald published an article about the arrest of his older brother, Said Shavershian, for illegal possession of anabolic steroids. On 5 August 2011, whilst on holiday in Bangkok, Thailand, Aziz Shavershian suffered a heart attack and died at the age of 22.

Discuss this Aziz Shavershian biography with the community: