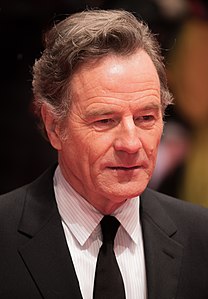 Who is Bryan Cranston?

Bryan Lee Cranston is an American actor, voice actor, screenwriter, director, and producer. He is best known for portraying Hal in the Fox comedy series Malcolm in the Middle and Walter White in the AMC crime drama series Breaking Bad.

For Breaking Bad, Cranston won the Emmy Award for Outstanding Lead Actor in a Drama Series three consecutive times, making him the first person to do so since Bill Cosby in the 1960s, as well as the award for Outstanding Drama Series, after he became one of the show's producers in 2011. He was also nominated three times for Outstanding Supporting Actor in a Comedy Series for his role in Malcolm in the Middle. His role in Breaking Bad also earned him five Golden Globe nominations and one win in 2014, nine Screen Actors Guild Awards nominations with four wins, and five Saturn Award nominations with two wins.

Cranston directed, wrote, produced and starred in a 1999 feature film entitled Last Chance, and has directed episodes of various television series, including seven episodes of Malcolm in the Middle and three episodes of Breaking Bad. He has also appeared in several critically acclaimed films such as Saving Private Ryan, Little Miss Sunshine, Drive, and Argo.

Discuss this Bryan Cranston biography with the community: