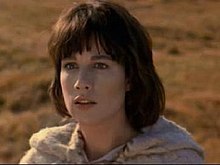 Who was Caitlin Clarke?

Caitlin Clarke was an American theater and film actress best known for her role as Valerian in the 1981 fantasy film Dragonslayer and for her role as Charlotte Cardoza in the 1998–1999 Broadway musical Titanic.

Discuss this Caitlin Clarke biography with the community: