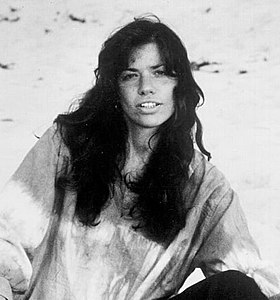 Who is Carly Simon?

Carly Elisabeth Simon is an American singer-songwriter, musician and children's author. She first rose to fame in the 1970s with a string of hit records; her 13 Top 40 U.S. hits include "Anticipation", "You Belong To Me", "Coming Around Again", and her four Gold certified singles "Jesse", "Mockingbird", a duet with James Taylor, the iconic "You're So Vain", and "Nobody Does It Better" from The Spy Who Loved Me.

After a brief stint with her sister Lucy Simon as duo group the Simon Sisters, she found great success as a solo artist with her 1971 self-titled debut album Carly Simon, which won her the Best New Artist Grammy, and spawned her first Top 10 single "That's the Way I've Always Heard It Should Be". Simon achieved international fame with her breakthrough album No Secrets which sat firmly at No. 1 on the Billboard 200 for 5 weeks, and spawned the worldwide hit "You're So Vain", for which she received two Grammy nominations, including Record of the Year. Over the course of her career, Simon has amassed 23 Billboard Hot 100 charting singles, and has won two Grammy Awards, out of 14 nominations. Allmusic called Simon, "One of the quintessential singer/songwriters of the '70s".

Discuss this Carly Simon biography with the community: