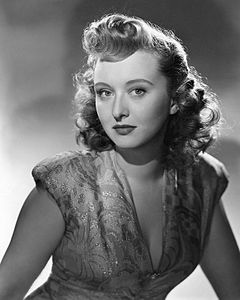 Who was Celeste Holm?

Celeste Holm was an American stage, film and television actress.

Holm won an Academy Award for her performance in Gentleman's Agreement, and was Oscar nominated for her roles in Come to the Stable and All About Eve. She originated the role of Ado Annie in the Rodgers and Hammerstein musical Oklahoma!.

Discuss this Celeste Holm biography with the community: