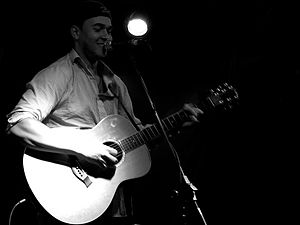 Who is Chad Price?

Chad Oliver Price is a Canadian singer-songwriter and recording artist. His debut album In This Dream, released March 6, 2012, was distributed by Universal Music, and Interscope Records. His debut single Another Day was released on February 7, 2012. Price was born in London, Ontario.

Discuss this Chad Price biography with the community: