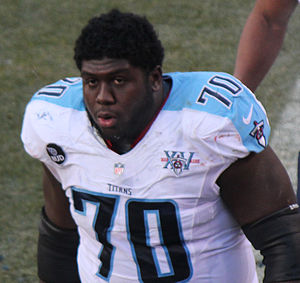 Who is Chance Warmack?

Chance Warmack is an American football guard for the Tennessee Titans of the National Football League. He played college football for the University of Alabama, and earned All-American honors. Warmack was considered one of the best guard prospects in his class, and was chosen by the Tennessee Titans in the first round of the 2013 NFL Draft.

Discuss this Chance Warmack biography with the community: