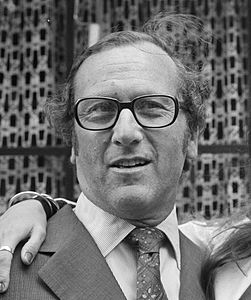 Who was Charles H. Schneer?

Charles H. Schneer was a film producer most widely known for working with Ray Harryhausen, known for his work in stop motion model animation.

Born in Norfolk, Virginia, he graduated from Columbia University in 1940. Serving in the US Army's Signal Corps Photographic Unit during the war, and moved to Hollywood following demobilisation. After joining Columbia Pictures, he was introduced to Harryhausen by a mutual friend from Schneer's time in the Army.

Together they made It Came From Beneath The Sea, about a giant octopus that wreaks havoc on the Golden Gate Bridge. The octopus had only six tentacles, which Schneer is reported to have been correct in claiming no one would notice. This film made use of stop-motion photography which the two men were to use to greater effect in later films including Jason and the Argonauts, The Golden Voyage of Sinbad, and Clash of the Titans.

In 1960, he moved his base of operations to London, where he remained for 45 years. Beside the fantasy films, he also produced the film version of the stage musical Half a Sixpence starring Tommy Steele and Hellcats of the Navy, the only film starring both Ronald Reagan and Nancy Reagan.

Discuss this Charles H. Schneer biography with the community: