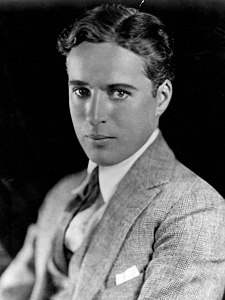 Who was Charlie Chaplin?

Sir Charles Spencer "Charlie" Chaplin, KBE was a British comic actor, filmmaker, and composer who rose to fame in the silent era. Chaplin became a worldwide icon through his screen persona "the Tramp" and is considered one of the most important figures of the film industry. His career spanned more than 75 years, from childhood in the Victorian era until a year before his death at age 88, and encompassed both adulation and controversy.

Raised in London, Chaplin's childhood was defined by poverty and hardship. As his father was absent and his mother struggled financially, he was sent to a workhouse twice before the age of nine. When he was 14, his mother was committed to a mental asylum. Chaplin began performing at an early age, touring music halls and later working as a stage actor and comedian. At 19 he was signed to the prestigious Fred Karno company, which took him to America. Chaplin was scouted for the film industry, and made his first appearance in Keystone Studios's Making a Living. He soon developed the Tramp persona and formed a large fan base. Chaplin directed his films from an early stage, and continued to hone his craft as he moved to the Essanay, Mutual, and First National corporations. By 1918, he was one of the best known figures in the world.

Discuss this Charlie Chaplin biography with the community: