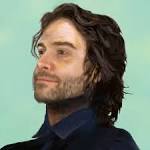 Who is Chris D'Elia?

East Coast born, West Coast raised, Chris D'Elia found himself in Los Angeles, performing every night of the week and quickly becoming a regular at all the Hollywood clubs. D'Elia's silly, physical humor is what sets him apart from other comedians. D'Elia explains, "I never really feel like just standing there and telling jokes. I want to move around. In fact, it's hard for me to write a joke where I don't end up on the ground for some reason. Hey, at least that way, I know no comics will steal my jokes. Too many bruises." D'Elia has been featured on Showtime's Live Nude Comedy and Comedy Central's Live at Gotham. He is a regular in the TBS hour-long series Glory Daze, where he plays a college fraternity boy burnout. D'Elia also recently signed a deal with Comedy Central to develop his own half-hour, single camera sitcom called Nocturnal Mission, in which he plays an alien from another planet trying to save his entire race. In addition, be sure to look out for D'Elia's half-hour Comedy Central Presents special airing in 2011.

Discuss this Chris D'Elia biography with the community: