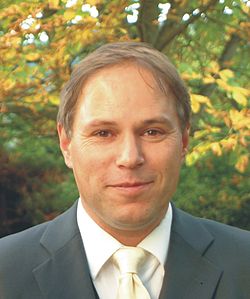 Christian Brembeck is a German conductor, organist and harpsichordist.

He studied studied organ, piano and conducting at the Hochschule für Musik und Theater München in Munich, and was awarded the Organ Prize of the City of Würzburg in 1981. After graduating in 1987, he joined the Munich Philharmonic Orchestra. He has performed as a musician and conductor all over Europe, USA, Israel, the Far East and South America. He has also appeared with the Munich Radio Orchestra, the Bamberger Symphoniker and the Collgium Aureum. He has been an accompanist of the Tölzer Knabenchor. Since 1992 he has been the conductor of the chamber orchestra Capella Istropolitana in Bratislava.

Discuss this Christian Brembeck biography with the community: