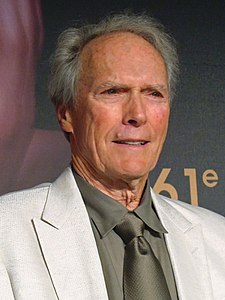 Who is Clint Eastwood?

Clinton "Clint" Eastwood, Jr. is an American film actor, director, producer, composer, pianist, and politician. Eastwood first came to prominence as a supporting cast member in the TV series Rawhide. He rose to fame for playing the Man with No Name in Sergio Leone's Dollars trilogy of spaghetti westerns during the late 1960s, and as Harry Callahan in the Dirty Harry films throughout the 1970s and 1980s. These roles, among others, have made him an enduring cultural icon of a certain type of masculinity.

For his work in the films Unforgiven and Million Dollar Baby, Eastwood won Academy Awards for Best Director and Producer of the Best Picture, as well as receiving nominations for Best Actor. These films in particular, as well as others including Play Misty for Me, Thunderbolt and Lightfoot, The Outlaw Josey Wales, Escape from Alcatraz, Tightrope, Pale Rider, Heartbreak Ridge, In the Line of Fire, The Bridges of Madison County, and Gran Torino, have all received commercial success and critical acclaim. Eastwood's only comedies have been Every Which Way but Loose and its sequel Any Which Way You Can, which are his two most commercially successful films after adjustment for inflation.

Discuss this Clint Eastwood biography with the community: