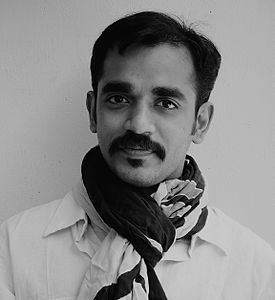 Who is Darbuka Siva?

Darbuka Siva is an Indian composer, percussionist, entrepreneur, musician, Indian film actor and a record producer. He has several live performing bands including Yodhakaa, La Pongal, Harmonize Projekt, and several emerging bands, under his flagship. Siva is also the director and founder of Artseek, an organization that seeks talent from the different branches of music and get them the limelight they are worth of.

Darbuka spent the early part of the carrier tossing between music and his alternate carrier as a radio jockey for Radio Mirchi, before moving on to spearhead his first commercial success, Yodhakaa in the year 2006, which the first of its kind Contemporary Indian music album. His second commercial album, La Pongal was released on Pongal day 2012, which is a self acclaimed first Tamil folk band ever.

Sivas works are notable for collaborating electronic music sounds with Tamil folk music through his band, La Pongal, which is labeled as 'contemporary-electro-Tamil-music', who also happen to be one of the main acts in Chennai Sangamam. Notably, he has performed on-screen through the 2011 released Romantic drama, Pathinaaru along with Mirchi Shiva, Madhu Shalini, which was a musical by Yuvan Shankar Raja.

Discuss this Darbuka Siva biography with the community: