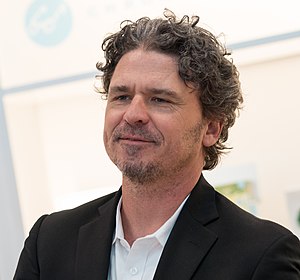 Who is Dave Eggers?

Dave Eggers is an American writer, editor, and publisher. He is known for the best-selling memoir A Heartbreaking Work of Staggering Genius and for his subsequent work as a novelist and screenwriter. He is also the founder of McSweeney's, the co-founder of the literacy project 826 Valencia, and the founder of ScholarMatch, a program that matches donors with students needing funds for college tuition. His works have appeared in several magazines, most notably The New Yorker. His works have received a significant amount of critical acclaim.

Discuss this Dave Eggers biography with the community: