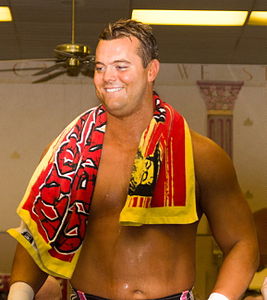 Who was Davey Boy Smith?

David "Davey" Boy Smith was a British professional wrestler, also known as The British Bulldog, who was born in Wigan in North West England, United Kingdom. Smith is known for his appearances with Stampede Wrestling, the World Wrestling Federation and World Championship Wrestling.

Smith found success as both a singles and tag competitor, holding every major title in the WWF except the WWF Championship; he won titles within the promotion in three decades, from the 1980s to the 2000s. Never a world champion, Smith nonetheless headlined multiple pay-per-view events in the WWF and WCW, in which he challenged for the WWF- and WCW World Heavyweight championships. He defeated Bret Hart for the WWF Intercontinental Championship in the main event of SummerSlam 1992 at London's original Wembley Stadium, and has the distinction of competing as WWF European Champion on the sole occasion where a match for that title headlined a pay-per-view event, at One Night Only in 1997. Prior to finding singles success, Smith achieved stardom as one half of The British Bulldogs tag team, alongside the Dynamite Kid.

Discuss this Davey Boy Smith biography with the community: