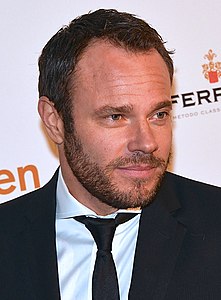 Who is David Hellenius?

Hellenius started his television carrier at ZTV. In 2004, he led the first season of the Swedish Idol series, "Idol 2004", on TV4 with Peter Magnusson. Hellenius and Magnusson were later joined by Christine Meltzer to make the comedy show Hey Baberiba. Since 2006 he has hosted Let's Dance. Hellenius has also hosted Tack gode gud, and he was one of the regular hosts of Fredag Hela Veckan, a Swedish version of Saturday Night Live. Since 2012 he is hosting X Factor.

Discuss this David Hellenius biography with the community: