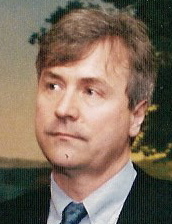 Who is David Talbot?

David Talbot is an American progressive journalist, author and media entrepreneur. He is the founder and former CEO and editor-in-chief of one of the first web magazines, Salon.com.

Talbot founded Salon in 1995, when the web was still in its infancy, and is considered one of the pioneers of online journalism. Under Talbot's leadership, the magazine gained a large following and broke several major national stories. It was described by Entertainment Weekly as one of the Net's "few genuine must-reads".

Since leaving Salon, Talbot has established a reputation as a revisionist historian, working on the Kennedy assassination and other areas of "hidden history."

Talbot has worked as a senior editor for Mother Jones magazine and a features editor for The San Francisco Examiner, and has written for Time magazine, The New Yorker, Rolling Stone, and other publications.

Discuss this David Talbot biography with the community: