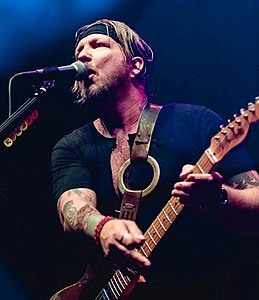 Who is Devon Allman?

Devon Allman is a vocalist, guitarist, keyboardist and songwriter. He is also the founder and bandleader of Honeytribe,. In addition to creating two albums and leading multiple tours across North America and Europe with Honeytribe, Devon has also contributed to several other musical recordings, including Vargas Blues Band and the A Song for My Father compilation album. Devon has also appeared occasionally as a guest musician for both Gregg Allman and The Allman Brothers Band. His latest musical projects are the blues-rock supergroup Royal Southern Brotherhood, and a solo album which was released in February 2013.

Discuss this Devon Allman biography with the community: