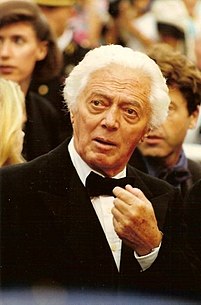 Who was Dino Risi?

Dino Risi was an Italian film director. With Mario Monicelli, Luigi Comencini, Nanni Loy and Ettore Scola, he was one of the masters of Commedia all'italiana. He was born in Milan. Has two brothers, an older brother Fernando Risi a cinematographer and a younger brother, Nelo Risi a director and writer.

At the age of twelve, Risi became an orphan and was looked after by relatives and friends of his family. He studied medicine and later became a psychiatrist.

Risi started his career in cinema as an assistant director to cinema figures such as Mario Soldati and Alberto Lattuada. Later he began directing his own films and was credited with giving early opportunities to future acting stars such as Sophia Loren and Vittorio Gassman. His 1966 film Treasure of San Gennaro was entered into the 5th Moscow International Film Festival where it won a Silver Prize.

His biggest hits were Poor, But Handsome, followed by two sequels, which he also directed; A Difficult Life; The Easy Life; Opiate '67 or, in a cut version, 15 From Rome; and Scent Of A Woman, which was remade by Martin Brest starring Al Pacino in 1992.

Discuss this Dino Risi biography with the community: