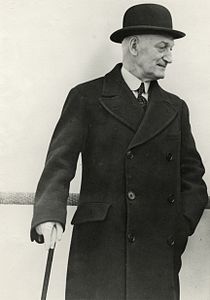 Who was Edward William Archibald?

Edward William Archibald was a Canadian surgeon. Archibald was born in Montreal, Quebec, and received his initial education in Grenoble, France. Upon returning to Canada, he attended McGill University, receiving his Doctor of Medicine there in 1896. Archibald became interested in the specialist field of surgery, and began an apprenticeship at Royal Victoria Hospital. After a year in Europe studying under two well known physicians, the young surgeon was appointed to the staff of the Royal Victoria Hospital's Department of Surgical Pathology. However, Archibald became ill with tuberculosis, and moved to New York for treatment. Upon his recovery, the surgeon returned to Royal Victoria Hospital. There, he developed what he had learned in Europe, and came to be dubbed Canada's first neurosurgeon.

In 1908, Archibald published a monograph, Surgical Affection and Wounds of the Head, but left neuroscience to combat the public health issue of tuberculosis. During World War I, the surgeon served in France as a military hospital doctor, and upon his return to Canada attempted to develop Canada's standard of education for surgeons, which he saw as declining.

Discuss this Edward William Archibald biography with the community: