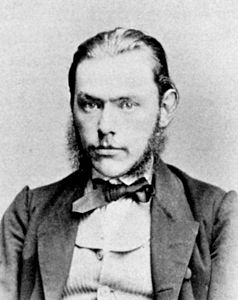 Who was Emil Oskar Nobel?

Emil Nobel was a member of the Nobel family, the youngest son of Immanuel Nobel, the younger, and of his wife Caroline Andrietta Ahlsell. He was brother of Robert Nobel, Ludvig Nobel and Alfred Nobel. Emil died on 3 September 1864, the victim of an explosion while experimenting with nitroglycerine in his father's factory in Heleneborg, Stockholm. His brother Alfred later managed to stabilize dynamite with diatomaceous earth. Alfred was not in the factory at the time of Emil's death.

Discuss this Emil Oskar Nobel biography with the community: