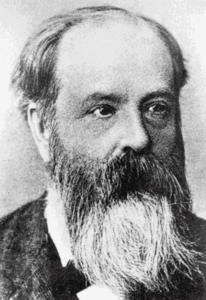 Who was Frederick Guthrie?

Frederick Guthrie was a British scientific writer and professor. He is the younger brother of mathematician Francis Guthrie. With William Fletcher Barrett he helped found the Physical Society of London in 1874 and was president of the society from 1884 till 1886. He believed that science should be based on experimentation rather than discussion.

Discuss this Frederick Guthrie biography with the community: