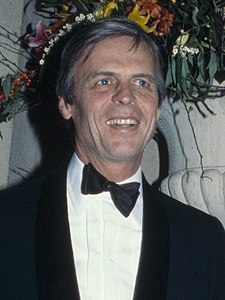 Who was George Plimpton?

George Ames Plimpton was an American journalist, writer, literary editor, actor, and occasional amateur sportsman. He is widely known for his sports writing and for helping to found The Paris Review. Plimpton was also famous for "participatory journalism" which included competing in professional sporting events, acting in a Western, performing a comedy act at Caesar's Palace in Las Vegas, and playing with the New York Philharmonic Orchestra and then recording the experience from the point of view of an amateur.

Discuss this George Plimpton biography with the community: