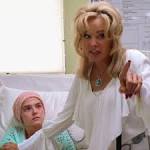 Winston Edward Peters, also known by his sobriquet Gypsy is a Trinidad and Tobago politician and calypsonian and currently serves as the country's Minister of Community Development in the People's Partnership Coalition led by Prime Minister Kamla Persad-Bissessar. Peters also served as Minister of Arts and Multiculturalism from 27 May 2010 to 22 June 2012.

Peters was born in Mayaro, where he now serves as the M.P. for that constituency and has been serving since 2007 and also between 1995 and 2002 for the United National Congress. He is also a former U.S. Marine.

He is famous for his calypso's "Sinking Ship" and "Little Black Boy" and is recognised for being one of the world's best Extempo artistes winning over seven Extempo titles.

Peters' election to Parliament in 2000 was challenged by the People's National Movement. On nomination day, the PNM raised the issue that Peters and William Chaitan were ineligible to stand for election on the grounds that they held dual citizenship. The law requires that candidates in General Elections should not owe alleigence to foreign powers. This law was a relic of the 1961 Independence Constitution, which did not allow dual citizenship. The 1976 Republican Constitution allows dual citizenship, and under a law passed by the National Alliance for Reconstruction government in 1987 Trinidad and Tobago nationals who gave up their citizenship can re-acquire their Trinidad and Tobago citizenship simply by filing an application.

Discuss this Gypsy biography with the community: