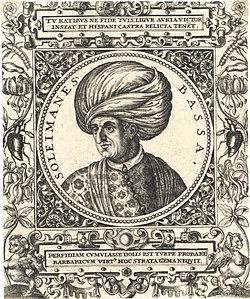 Who was Hadim Suleiman Pasha?

Suleiman Pasha was a benefactor of his long-serving successor for the Egyptian viceroyalty, Davud Pasha, who he championed for the role to spite his rival and colleague, Rüstem Pasha.

Discuss this Hadim Suleiman Pasha biography with the community: