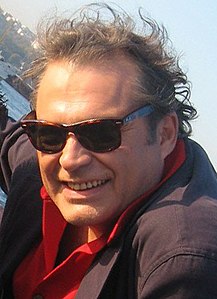 Haluk Bilginer is a Turkish actor. In addition to his acting career in Turkey, he has also worked in the United Kingdom and remains best known for his role as Mehmet Osman in the television soap opera EastEnders during the 1980s. He has also starred in Hollywood movies as a minor actor. He played a villainous guerrilla leader in the 1987 comedy film Ishtar and a Turkish Mafioso in the 2001 dark comedy film Buffalo Soldiers.

Discuss this Haluk Bilginer biography with the community: