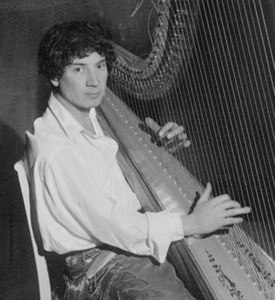 Who was Harpo Marx?

Adolph "Harpo" Marx was an American comedian and film star. He was the second-oldest of the Marx Brothers. His comic style was influenced by clown and pantomime traditions. He wore a curly reddish blonde wig, and never spoke during performances. Marx frequently used props such as a horn cane, made up of a lead pipe, tape, and a bulbhorn, and he played the harp in most of his films.

Discuss this Harpo Marx biography with the community: