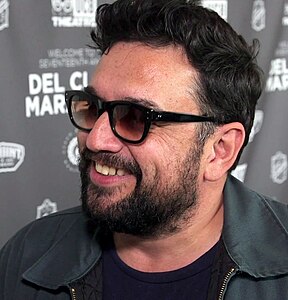 Who is Horatio Sanz?

Horatio Sanz is an American actor and comedian best known as a cast member on Saturday Night Live from 1998-2006. Sanz most recently starred alongside his former SNL castmate Chris Parnell in the Comedy Central series Big Lake.

Discuss this Horatio Sanz biography with the community: