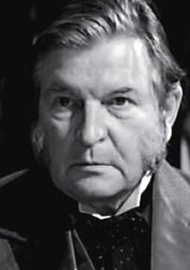 Who was Hugh Manning?

Hugh Manning was an English film and television actor. He is best remembered as the Reverend Donald Hinton, in the soap opera Emmerdale, a role he played from 1977 until 1989. He also starred in the tv series Mrs Thursday, alongside Kathleen Harrison in 1966, playing a suave and imperturbable Butler, which also carried over into popular tv commercials where his character endorsed the qualites of a well known drink.

Discuss this Hugh Manning biography with the community: