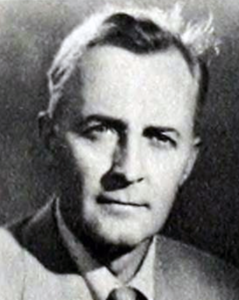 Who was Hugh Nibley?

Hugh Winder Nibley was an American author, Mormon apologist, and professor at Brigham Young University. His works, while not official positions of The Church of Jesus Christ of Latter-day Saints, mainly attempt to demonstrate archaeological, linguistic, and historical evidence for the claims of Joseph Smith, and are highly regarded within the LDS community.

A prolific author and professor of Biblical and Mormon scripture at BYU, he was fluent in numerous languages, including Classical Latin, Greek, Hebrew, Egyptian, Coptic, Arabic, German, French, English, Italian, and Spanish. He studied Dutch and Russian during World War II. He also studied Old Bulgarian and Old English, and his fluency in Old Norse was reportedly sufficient to enable him to read an entire encyclopedia in Norwegian.

Nibley wrote and lectured on LDS scripture and doctrinal topics, publishing many articles in LDS Church magazines. His An Approach to the Book of Mormon was adopted in 1957 as a religious lesson manual by the LDS Church.

Discuss this Hugh Nibley biography with the community: