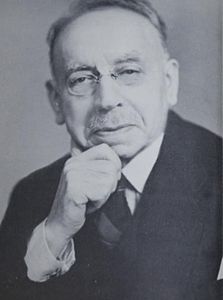 Who was Israel Cohen?

Israel Cohen was a British author and leader in the Zionist movement.

Born in Manchester, Cohen studied at Jews' College and London University. After attending a number of Zionist Congresses, Cohen was appointed English secretary at the Zionist headquarters in Cologne in 1910, moving to Berlin in 1911. At the start of World War I Cohen was interned at the Ruhleben internment camp, not to be released until June 1916. After the war Cohen toured Poland and Hungary and reported on the antisemitism he found there.

Cohen served as the director of publicity for the World Zionist Organization from 1918 to 1922, and as general secretary of the WZO from 1922 to 1939. Considered an "outstanding Zionist journalist", he published articles in a number of English and Zionist periodicals, fifteen books and numerous pamphlets. He died in London in 1961

Discuss this Israel Cohen biography with the community: