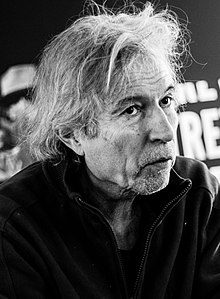 Who is Jacques Doillon?

Jacques Doillon is a French film director. He has a habit of giving lead roles to inexperienced young actresses in his films on family life and women. Some actresses to break through are Fanny Bastien, Sandrine Bonnaire, Judith Godrèche, Marianne Denicourt and Charlotte Gainsbourg and Juliette Binoche.

Doillon was born in Paris. He had a relationship with actress Jane Birkin in the 1980s, following her break-up with Serge Gainsbourg. Their daughter, Lou Doillon, was born in 1982.

His 1989 film The 15 Year Old Girl was entered into the 16th Moscow International Film Festival.

Discuss this Jacques Doillon biography with the community: