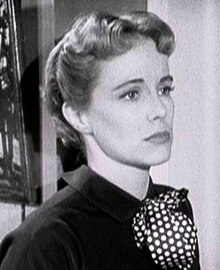 Who was Jocelyn Brando?

Jocelyn Brando was an American film, stage and television actress.

Her film debut came in the war movie China Venture with Edmond O'Brien and Barry Sullivan. Her best-known movie role was as detective Glenn Ford's doomed wife in the gangster film noir The Big Heat. Other featured movie roles included The Explosive Generation, Bus Riley's Back in Town, Why Would I Lie? and Mommie Dearest.

Discuss this Jocelyn Brando biography with the community: