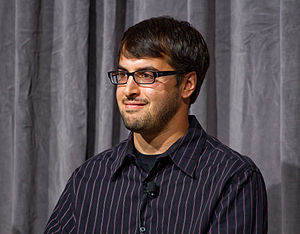 Who is Joe Hewitt?

Joe Hewitt is a software programmer who is best known for his work on the Firefox web browser and related software development tools like Firebug and DOM Inspector.

His first project took place while still attending Hopatcong High School. He created the website Feff World with Douglas Palermo. From 2000 to 2003, he worked on UI programming at Netscape. Subsequently, he worked on AOL's Boxely UI project, which renders software such as AIM Triton and AOL Explorer.

He has been working on Parakey with Blake Ross. Parakey was acquired by Facebook in July 2007.

In July 2007, Joe Hewitt led the release of the iUI user interface library which greatly simplified Safari development for Apple's iPhone. In August 2007, he wrote the iPhone-specific version of Facebook. Hewitt was responsible for creating Facebook’s iPhone app, which is currently the most downloaded iPhone app of all time. In November 2009, Hewitt ceased development on the application, citing Apple policies. In January 2009, he released the open source library for iPhone developers Three20.

Discuss this Joe Hewitt biography with the community: