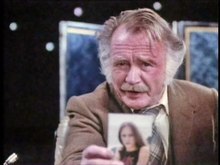 Who was John Mills?

Sir John Mills CBE was an English actor who appeared in more than 120 films in a career spanning seven decades. On screen, he often played people who are not at all exceptional, but become heroes because of their common sense, generosity and good judgement. He received an Academy Award for Best Supporting Actor for his work in Ryan's Daughter.

Discuss this John Mills biography with the community: