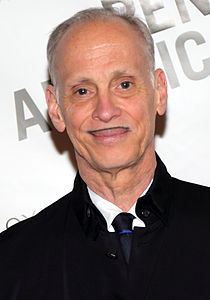 Who is John Waters?

Waters dabbled in mainstream filmmaking with Hairspray, which introduced Ricki Lake and earned a modest gross of $8 million domestically. In 2002, Hairspray was adapted to a long-running Broadway musical, which itself was adapted to a hit musical film which earned more than $200 million worldwide. After the crossover success of the original film version of Hairspray, Waters's films began featuring familiar actors and celebrities such as Johnny Depp, Edward Furlong, Melanie Griffith, Chris Isaak, Johnny Knoxville, Martha Plimpton, Christina Ricci, Lili Taylor, Kathleen Turner, and Tracey Ullman.

Although he maintains apartments in New York City and San Francisco, and a summer home in Provincetown, Waters still mainly resides in his hometown of Baltimore, Maryland, where all his films are set. Many of his films take place in a neighborhood called Hampden. He is recognizable by his trademark pencil moustache, a look he has retained since the early 1970s.

Discuss this John Waters biography with the community: