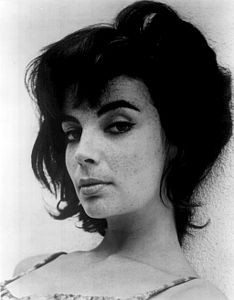 Who was Karyn Kupcinet?

Karyn Kupcinet was an American stage, film and television actress. She was the only daughter of Chicago columnist and television personality Irv Kupcinet.

Kupcinet had a brief acting career during the early 1960s. Six days after the JFK assassination, her body was found at her West Hollywood, California home. It has been theorized that Kupcinet's death, officially ruled a homicide, was connected to the assassination or was the result of an accidental fall. In the 1960s, Irv Kupcinet publicly dismissed the theories linking his daughter to the president's death. In 1992 The Today Show referred briefly to her alleged connection to the assassination, which prompted Kupcinet to describe the television broadcast as "an atrocious outrage" and "calumny." Karyn Kupcinet's murder remains officially unsolved.

Discuss this Karyn Kupcinet biography with the community: