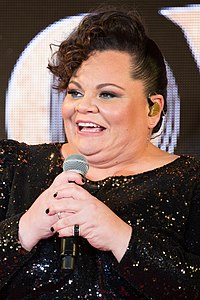 Who is Keala Settle?

Keala Settle is an American singer and actress. Settle originated the role of Norma Valverde in Hands on a Hardbody, which ran on Broadway in 2013, and was nominated for the Outer Critics Circle Award, Drama Desk Award, and Tony Award for Best Featured Actress in a Musical.

Discuss this Keala Settle biography with the community: