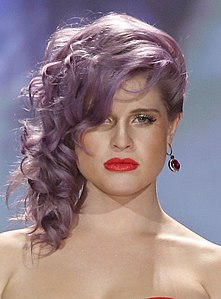 Who is Kelly Osbourne?

Kelly Michelle Lee Osbourne is an English singer-songwriter, actress, television presenter and fashion designer. The daughter of Ozzy and Sharon Osbourne, she is known for her appearances on The Osbournes with her family, for which they won a 2002 Emmy Award for Outstanding Reality Program, as well as on E!'s Fashion Police, where she has been a panelist and presenter since the show's inception in 2010. She has also appeared on Dancing with the Stars, in which she and professional dance partner Louis van Amstel took third place.

Discuss this Kelly Osbourne biography with the community: