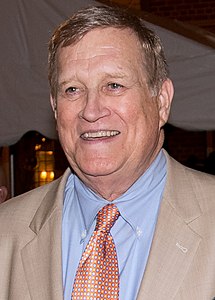 Who is Ken Howard?

Kenneth Joseph "Ken" Howard, Jr. is an American actor, best known for his roles as Thomas Jefferson in 1776 and as basketball coach and former Chicago Bulls player Ken Reeves in the television show The White Shadow. He was elected president of the Screen Actors Guild in September 2009 and elected to a second term in September 2011.

Discuss this Ken Howard biography with the community: